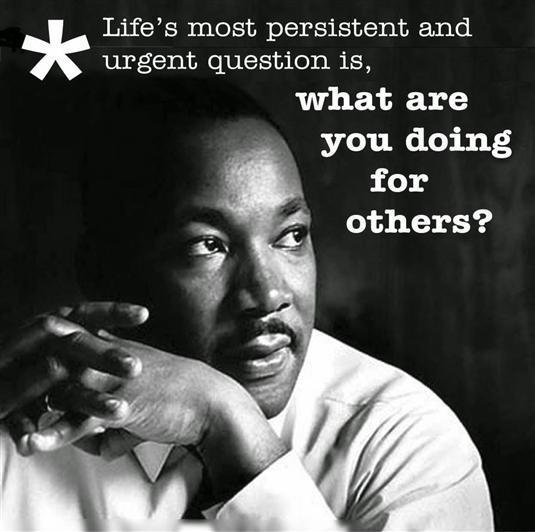 Martin Luther King was a prominent leader during the Civil Right’s Movement. He encouraged people to learn tolerance and to pursue their goals through nonviolent resistance. King’s philosophies helped shape the field of nonviolent conflict resolution. Although King was assassinated at a young age, his legacy lives on through his profound teachings that continue to help individuals deal with their conflicts peacefully and effectively. King had complete faith in the concept of nonviolent resistance and conflict resolution and he addressed it through several points that we should take heed of. King believed that resisting through nonviolence was not an act of cowardice, but strength. It takes a strong man or woman to restrain their anger; allowing anger to take over in the face of violence is in fact a sign of weakness. This is an important concept to incorporate into our lives. Violence is not an answer nor a solution. In fact, violence impedes the process of reaching a resolution by keeping the tensions stirring. King also believed that through nonviolence, reconciliation is possible, whereas violence breeds chaos and anguish. He emphasized the importance of building and maintaining relationships. Violence only serves to tear people apart, extinguishing the possibility of producing meaningful relationships. Another concept that King stood by was one that claimed that nonviolence required suffering. Although suffering usually holds negative connotations, suffering in this case helps shape the individual into a stronger person who is more resolved and dedicated to the purpose of peace. This suffering is worthwhile in King’s view because it allows the opposing conflicting party to witness the alternative to violence; peace. It opens their eyes and allows them to perceive the conflict in an entirely new light and produces hope of reaching a nonviolent resolution. The alternative to this is violence which distracts the individual from their goals and keeps resentment brewing. Martin Luther King is considered by many to be one of the greatest leaders in the movement for nonviolent conflict resolution and tolerance throughout history. King faced many obstacles, including getting thrown into prison and receiving threats on his life. However, such hindrances did not veer King from his path to bring forth a movement that taught tolerance and acceptance. He did not waver in attempting to pursue his goals, and his determination and passion produced success that continues on even after his death. King was killed trying to reach out to the world through peaceful measures. His teachings and his legacy are important to keep alive by incorporating them into our everyday lives. Through nonviolent conflict resolution, we can shape the world into the peaceful vision Martin Luther King longed for.